Graebert Gmbh of Berlin yesterday briefly briefed me on their new initiative: running full CAD on an Android tablet. The software is code-named "Radon" and this week is entering beta at http://www.graebert.com/radon. 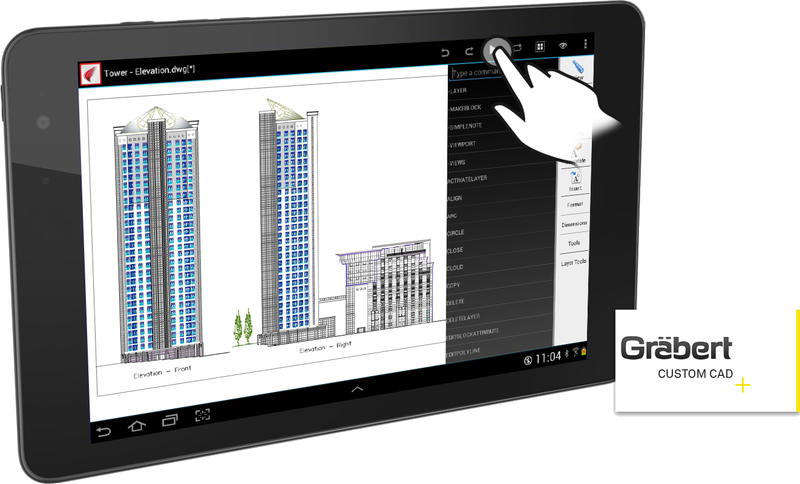 Not a lot of information at this point (or images of the user interface, except for the one promotional image shown above):

How can they get an entire CAD system -- as well as third-party add-ons, and have room for drawings -- to run in the paltry 1GB-3GB found on Android tablets? Well, they plan to provide all the technical details in a few weeks time. And don't forget that the company has a decade's worth of experience in running CAD on constrained mobile devices, starting in the days of Windows CE.

"This is only the first of several major announcements for the year," emphasized ceo Wilfred Graebert during yesterday's conference call with WorldCAD Access. To emphasize further the newly found assertiveness, the company is holding its first conference for third-party developers this October in Berlin, which I look forward to attending.

As of today, Graebert has the singular distinction of writing a single CAD system that runs the same on Android, Linux, Mac OS X, and Windows. Nobody else is able to claim this acheivement.

This could be big...though I'm afraid that it will be overlooked by American CADD users and vendors. While I doubt they will sell many copies in North America they might do well in the rest of the world. Hopefully it will force the big guys AutoDesk, Bentley, etc. to get off the Ipad kick and start taking android seriously...But then I once thought we would be designing Bridges in 3D...

I wonder if they will do tabletCAD deals with Dassault and Corel, like they did with ARES (DraftSigh and CorelCAD).

Translation: "When it will begin shipping the final version of ares touch and if also true for tablet 7"?"

Graebert says the software is designed for "any" Android tablet
with a 7" screen or larger.

The final verison is due to ship with ARES 2015 ships, so hopefully by
the end of this year.