Alright, here we are in Tokyo, about 60 media from Japan, North America, and Europe at this product launch from Graphisoft.

So why Japan? Graphisoft is headquartered in Budapest, but Japan is one of the company's largest markets. Most general contractors and large architectural offices here use ArchiCAD, not Revit.

Three reasons for this:

Another reason: architectural firms in Japan work as teams, and don't have an individualistic superstar architect at the helm. The team capabilities in ArchiCAD is attractive to them. 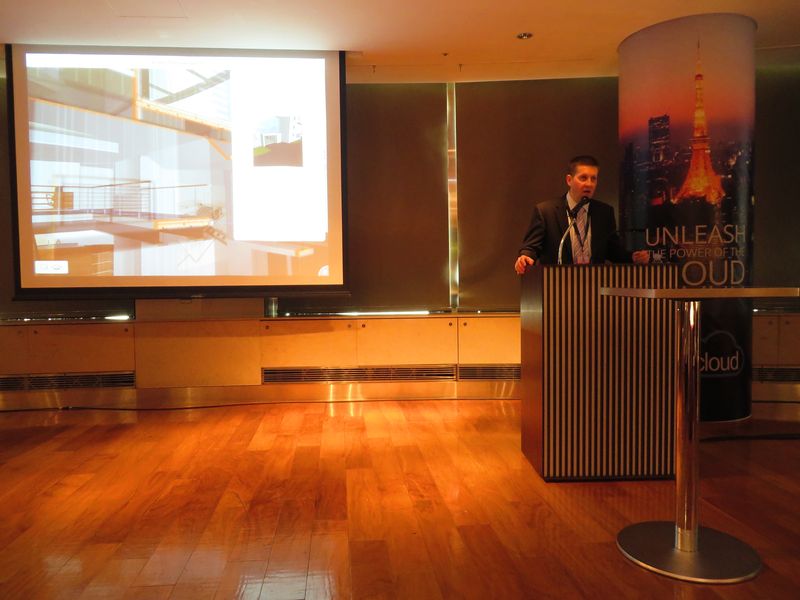 So, the reason we all are here is new software from Graphisoft, BIMcloud. It is a collaboration platform that works with data in real time using the company's patented Delta-Server that eliminates the need for server locks. It works equally well on private and public networks, and is available as of today in Japan.

It is integrated with BIMx, their model viewing software that runs on iPads. The non-computer-using executives with their iPads can not just view and navigate models, but also use the BIMcloud's new messaging system to ask questions and request additional information, such as a new section.

In the rest of the world, BIMcloud ships in Q2 with ArchiCAD 18.  http://www.graphisoft.com/bimcloud

Posted at 01:28 AM in Travelogues | Permalink