We are hanging in for an extra half-hour to live blog the added AEC session to Autodesk Media Day 2012 Matt Jezyk is senior manager of the AEC conceptual design group, and he is going to give us details on their new FormIt software. 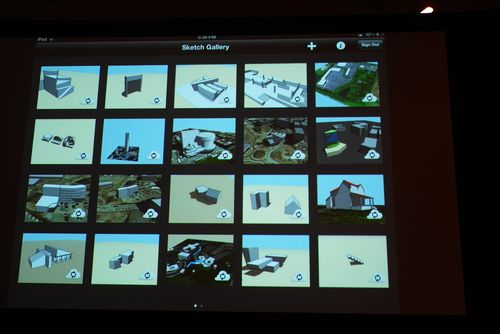 He isn'g going to say it, but Autdesk is frustrated at not having a hit in conceptual AEC design. there was Project Nora back in 2000, then Impression, and more recently AutoCAD 2011 or something was billed by Autodesk as the "Rhino and SketchUp Killer." It wasn't.

Autodesk sees still people using sketchpads and Moleskin books to sketch ideas in 2D. FormIt looks like SketchUp; in fact, I wonder if they hired staff when SketchUp was sold by Google? 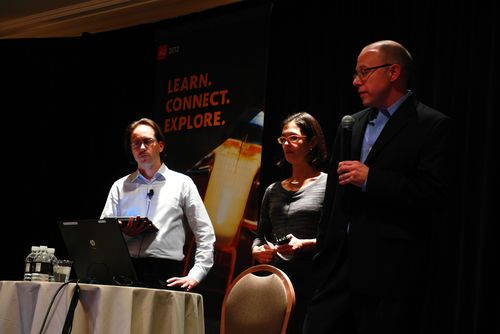 It is not just a geometric modeler, he tells us, even though he calls it the first architectural form modeler for iPad. You can also set the site location, import satellite image, and design in content. Make early design things, like shadow studies.

Now we are getting a demo. As he changes the size of boxes representing buildings, the gross floor area is updated in real time. Now showing how shadows are displayed by setting date and time.

Now the model is imported from iPad to desktop, in this case Vasari Beta, but could be imported to Revit 'or any other BIM modeler.' Vasari does solar and wind studies  See below. 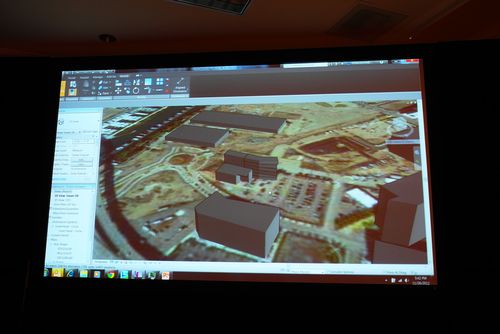 This looks like it is just rectangles, and not nice architectural drawings? That's right, it is just a block modeller, really basic blocks.

How much is the app? Free, it went live on the app store this morning.

You did not show how the model got to the desktop [from iPad]. The drawings are synched automatically from the iPad to the cloud.

How is this better than SketchUp. FormIt is meant to take conceptual design further, and so this adds more information to the model.

What can you export to, other than Revit? Our two formats are SAT [ACIS solid models] and Revit format.

Any other platforms? Yes, in the future. iPad is first.

Why does FormIt have the same icon as ForceEffect? Good question.

How does it work offline? It saves your work until you are online again.

Does it use Boolens? Yes.

What is the limitation of the size of the model, since iPads have little memory? There are limits to the polygon count; not sure what they are.

This is focussed on architects and engineers, and so it knows you are working with buildings. It is not a general modeler.

Sketches are started by drawing lines that have a grip at either end, and one in the middle. Drag the middle grip to make an arc. Extrude the 2D sketch to make a 3D volume.

It uses a robust 'solid modeler,' which probably means ShadeManager. A lot of the work in this first release was getting gestures and movements right. 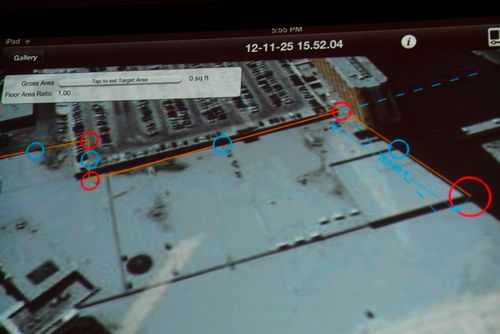