« In upFront.eZine this week: All about Creo (part i) and the CAD Mac market | Main | PTC Reinvents Itself with Creo »

PTC formally unveiled its new “Creo” portfolio of design applications, the new brand for newly integrated sets of software for product development, building upon PTC’s existing portfolio. The company had first alluded to this new initiative, formerly code-named “Lightning”, at its annual user conference in June.

Creo release 1.0 should arrive by June 2011, presumably coinciding with the next annual conference. Creo release 2.0 will follow in Fall 2011, and thereafter the company will aim for more or less annual major updates, along with smaller interim updates.

It is premature to say what the precise financial effects will be from Creo. But considering the nominally addressable market of about 1 million installed 3D CAD seats (which is not to say that most, much less all, will come into play), and some multiple of that in terms of potential PLM placements, the effort is worth undertaking. PTC’s founding technology accelerated the market starting two decades ago. (Well, mostly PTC’s growth until the competitors began to catch up.) And the history of SolidWorks’ rapid trajectory – based on a fundamental shift in price/performance – starting in the mid/late 1990s is well known.

As PTC’s new CEO said at the launch, PTC “is back in the CAD industry in a big way.”  They’ll need to live up to that, but they seem to have a good point when they say this is not “just another release.” PTC will be hosting its financial analyst meeting in New York on November 3rd, at which perhaps we may learn more about the eventual business aspects of the Creo launch.

In the meantime, I’ll set some context with respect to PTC’s business:

Re-Imagining the CAD Market
PTC had become known for its conservative views of CAD market and Pro/Engineer growth. That is, it foresaw little or no growth in presentations at its analyst meetings in recent years. When we look back over the last decade, it’s clear there’s been a bifurcation in the market, between so-called high-end or specialty applications, on the one hand, and “mainstream” products on the other. (In this latter category. SolidWorks and Inventor together have accounted for about half of the industry’s volume in recent years, a mix change that has led too to a substantial reduction in industry ASPs and a flattening of industry revenue.)

When PTC, at its meeting in June 2010, began to speak about there still being important product design problems to solve, a need and opportunity for further innovation, and similar language, it not only sounded like the management presentations at the SolidWorks and Autodesk annual events (their premise being that growth prospects were good), but it also implied they were reconsidering their views of limited growth in favor of thinking the market might do better after all. So they were going to do something about it.

Among the aforementioned important “problems” to solve are:

This re-imagining of the CAD market, which PTC had once upon a time so clearly dominated, is the underlying premise for Creo. 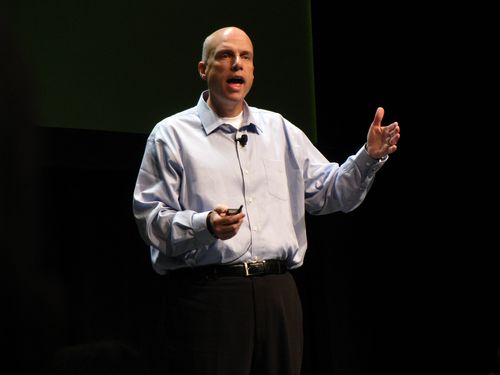 At the heart of what PTC is trying to do is induce better growth in the product design applications business, while improving the profitability of the Windchill business through (continued) disproportionate license growth, from which would follow high-margin maintenance business over time.

PTC’s revenue and earnings profile can be thought of essentially in two parts:

Firstly, a large but (lately) not growing CAD business (Pro/Engineer), wherein maintenance alone accounts for more than a fourth of PTC’s total revenues. Indeed, Pro/Engineer maintenance is its single largest revenue line item (about $290 million in FY10), nearly three times the size of CAD license revenues. This is a highly profitable business, with an operating margin quite likely in a range of about 35%-40%, comparable to that of similarly sized peers. It is essential to preserve and grow that maintenance business, and to stimulate the roughly $100 million a year CAD license business, not counting smaller acquired brands, including CoCreate, which is a key component of the Creo launch.

(I infer that total CoCreate revenues are only about a fifth of the Pro/Engineer revenues, and that the CoCreate business has been on the whole at best stable since the acquisition. Recall that this was not a growing business before the purchase, but it had a reasonably good installed base, for maintenance, direct modeling technology, and a good margin structure.)

Secondly, a (slightly) smaller but more quickly growing PLM business, namely Windchill. In the past year, Windchill license revenues have overtaken those of Pro/Engineer, though maintenance revenues are still less than half those of Pro/Engineer. The biggest difference between these two businesses, other than the actual and projected growth in favor of Windchill, is the much lower profitability of the Windchill business owing to the much higher proportion of low-margin services. In calculations I published earlier this year, I inferred that Windchill might have had an operating margin of under 10% - and the same would have been true for Dassault Systèmes’ PLM business by the way.

As of the end of FY10 (September 2010), the active maintenance-paying Pro/Engineer base was 136,400 seats (for an average of about 6-7 seats per customer, more than Solid Works but less than Catia and Inventor), and the Windchill base was 952,000, a seven-fold difference over the Pro/Engineer base.

One of the objectives of Creo is not only to reinvigorate the product development apps business but to increase eventually the ratio or base of related PLM seats as well. The Pro/Engineer base is highly bi-furcated, with many accounts having just a couple of seats (like the Solid Works average) and many others with up to hundreds or thousands of seats; the latter especially might be amendable to the scope of the Creo packaging.

Product Configuration Modeling
With the announcement of four new sets of applications and functionality, PTC seems to me to be borrowing horizontal and vertical product segmentation and packaging techniques that have worked elsewhere in software, and specifically in packaged design software applications. One observable effect of such bundling techniques is to increase gross revenues – over what they might have been from the ad hoc sale of related standalone apps – and average revenues per customer (through initial sale of a larger scope of products and subsequent maintenance). Among the conditions for this “leverage” effect, however, is that there be sufficiently good underlying commonality and interaction, which, in this case, means, according to PTC, a “common data model” (one of the bigger technical hurdles PTC must have had to overcome), supplemented by Windchill as a “configuration kernel”.

All else being equal, what we’ve seen happen in product lines horizontally segmented up to so-called “premium” or “professional” versions, is that design and engineering customers gravitate towards the latter. (We’ve seen this in the Solid Works and Adobe Systems product mix.)

Of course, we won’t know until June 2011 with Creo release 1 what the final pricing and configurations might be. (The initial release will consist of 7 apps for parametric modeling, direct modeling, structural simulation, conceptual engineering, schematics, technical illustration, and visualization, not all of which originate from Pro/Engineer or CoCreate.) Creo release 2 will add updated visualization and configuration modeling, pursuant to the Windchill 10.x release.

Interestingly, inasmuch as PTC is attempting to broaden the addressable market for product development apps to encompass more users (the “AnyRole Apps” introduction), we could on the other hand see some gravitational pull towards less expensive apps and lower average selling prices. (The “light user”/”heavy user” effect may parallel a similar phenomenon in PLM.) That won’t be such a bad outcome if there is a substantial increase in the active maintenance-paying base. 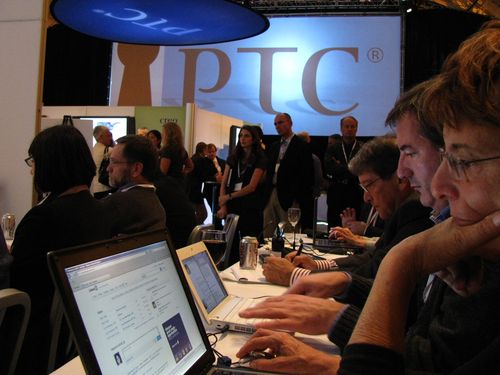 Finally, PTC’s current set of design software applications and modules are being rebranded as follows:

Windchill remains Windchill. I typically do not place as much importance on mere rebranding as on underlying product capabilities, functionality, and competitiveness, but, as we’ve seen in the case of what Adobe Systems was able to do with Creative Suite, a set of previously separate but related applications were configured and integrated vertically and horizontally in such a way as to grow revenues and average revenue per customer. (We can’t overdo the analogy, though, given the differences in addressable market and potential units.)

It’s too soon to say what that new better growth might eventually be, but I’ll note the following:

Pro/Engineer has by my estimation the fourth-largest active maintenance paying base in 3D MCAD, after Catia, Solid Works, and Inventor; the Siemens PLM “NX” base, for which no regular data is available, is probably closer to the Pro/Engineer magnitude than to the other three brands mentioned (I’ve inferred that the Solid Works active base is around 240,000 seats, about 100,000 more than the aforementioned Pro/Engineer base).

In terms of new units, the larger competitors often ship roughly double the new units that PTC has been shipping in recent years. The lower base for PTC suggests the possibility of easier comparisons or better growth potential, but, by the same token, it would also depend on inducing possibly material share shifts (in CAD) and/or a proliferation of various Creo modules. PTC has already shown good organic success in PLM, and I expect that this should continue to be the case.

Posted at 08:00 AM in Computer-aided Design: NEWS | Permalink