TechCrunch lists dozens of April Fool's jokes created by tech companies, but none was as well-crafted as Deelip Menezes' -- until the Germans got wind of it.

Siemens PLM offers CAD on the Cloud - Part 1 described the approach late-comer Siemens PLM Systems plans to take for providing CAD on the cloud. It explained in detail how subscribers would receive a 12x12x12 space in which they could build up solid models after winning commands at online games.

It read much like Siemen's uninteresting Second Life world. The cloud space even had a link to Twitter, and users could add to their model using tweets like:

From what I can tell, Siemens employee @burhop started it off early on 31 March by asking for CAD bloggers to DT [direct tweet] him for help on a project. He then worked with Deelip on the concept, and created #cadville on Twitter.

(Since Deelip is located in India, the item got posted while it was still March 31 in western part of the globe. I fell for the clever joke until I reviewed the krazy nature of the #cadville tweets, and then its true nature dawned on me.)

When I awoke on the morning of April 1 here on the Pacific coast of Canada, however, the joke had gone sour. More than sour, it had been banished: 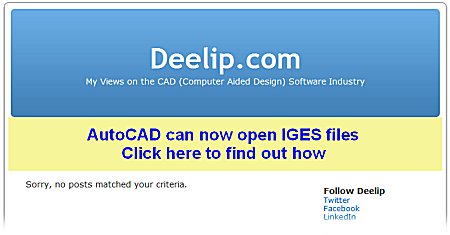 Even Google's all-encompassing cache does not contain a copy. My Twitter feed filled in the details of what happened while I was asleep:

DeelipMenezes Apparently there are people at Siemens who do [not] get humour. @burhop is being canned.

To save him some grief I have taken down that post. This is the first time I have ever done that and I don't like it one bit.

alistardean @DeelipMenezes caned or canned? I thought you 'blogger' types were all about integrity and independence?

DeelipMenezes @alistardean If it was not for @burhop you think I would give a s**t?

Good to know that Kubotek has some humour left in them http://bit.ly/9LqMJI [Monkey Trained to Create 3D Designs Using KeyCreator 3D Direct CAD]

I guess you dont love @burhop enough. He! He!

alistardean @DeelipMenezes oh, I've got love for @burhop alright, but I'm loving the fact you caved - what happened to Mr. "Piss all over an embargo"?

Or was it the thought of a 15 billion dollar company breathing down your neck?

DeelipMenezes @alistardean Do you want to take the post and put it on your blog?

alistardean @DeelipMenezes and no, I don't want to repost it.... the images were crap ;) 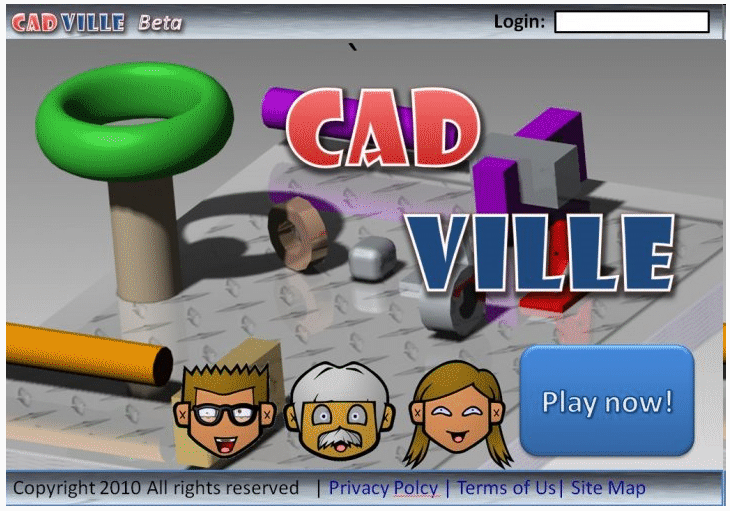 DeelipMenezes @alistardean images? is that the only excuse you found? Hahahaha

DeelipMenezes @alistardean Careful. You are implying that @ralphg cannot sniff out c**p. He fell for it face first. ;-)

Late Friday evening, @SiemensPLM tweeted, "In case u missed @burhop's April Fool's blog post and the interesting discussion around it - it is reposted: http://bit.ly/ckdFyg."

And @DeelipMenezes tweeted: "'Siemens PLM offers CAD on the Cloud – Part 1' http://bit.ly/d0BZpK (For whatever it's worth, this is the post that I took down).

That's terrible. @burhop started the #cadville thing a few days ago and some of us at a few different vendors have been having a blast with it. I wasn't in on the full joke, so thanks for covering this.

Note to self: wake up super early next April Fool's.

Yes, this whole thing could and should have ended differently. What I find odd is that CAD vendors talk about social networking and social media and how they are embracing it in different forms. What Mark tried to do was exactly that. He got some of us to blog, others to tweet, irrespective of our affiliations, so that this prank (which is exactly what it is) would look as real as possible. I did my part.

Too bad Siemens does not get what social networking and social media is actually all about.