The Open Design Alliance posts the schedule for its conference coming up in two months in The Netherlands.

Here's a question: which is the most important organization in CAD? Some might say Autodesk, due to the economic spin-offs from which dealers, third-party developers, technical schools, and supporting facilities (building leases, tax payments, office supplies, and so on) benefit.

I'd argue that it might well be the ODA, to which some three thousand CAD and non-CAD corporations, belong -- including two of most important software companies in the world, Microsoft and Google.

Attendance at this conference is limited to 100, making it even more exclusive than COFES! (And so this blog entry is not subtle advertising.) I'll be sitting in on many the sessions, blogging some of them live. 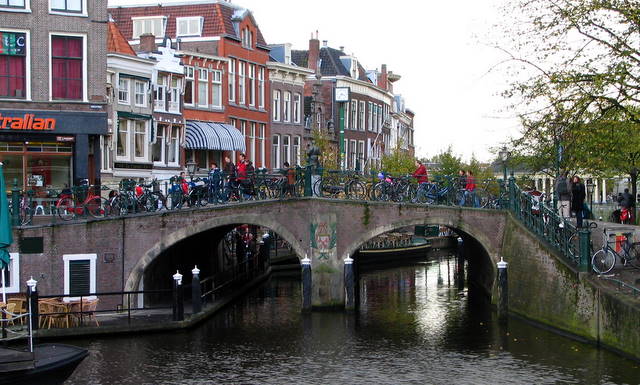 I look forward to again visiting the delightful university town of Leiden -- this time with one of my daughters in tow. The name "Leiden" literally means "suffering," coming from the time when the town was beseiged by Spaniards in 1573-4. (More fascinating history here.) For my daughter, it is a time to connect with the homeland of many of her friends. (Here in Canada, we live in a town dominated by Dutch farmers, as well as German-Russian Mennonite businessmen and Sihk contractors.)

Posted at 09:43 AM in Travelogues | Permalink

When I lived in the Netherlands, I was in Leiden on (american) Thanksgiving Day.

And based on your "Dutch farmers" comment, I was able to surmise you live in Abbotsford (I knew BC) by noticing the long list of CRC chruches there from http://crcna.org.

that would be Sikh not Sihk